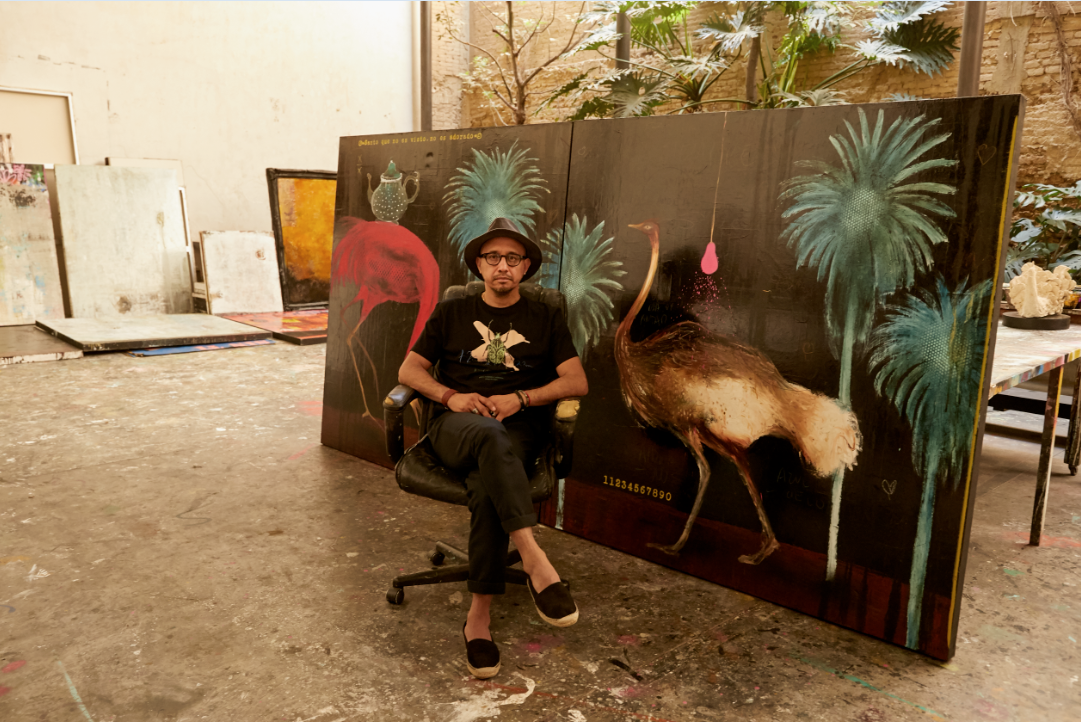 Amador emphasizes emotion and it develops from his personal life. The artist follows constant aesthetic research through the materials he loves experimenting with them. In the creative process, continuous changes and evolutions are generated. The layers symbolize time, which is also a central theme of his work.

His work has been appreciated and it is part of important public and private collections in Mexico, England, Spain, the United States, Korea, and the United Arab Emirates, among other countries.

The United Nations Headquarters in New York City | Vatican City | the Embassy of Mexico in Spain | the Universities of Birmingham, Exeter, Manchester, The London School of Economics and Political Science (LSE) and The Future Gallery, Pierhead in Wales, the United Kingdom | the Excellent Ateneo of Sevilla | Bismarck Studios in San Antonio, Texas | International Museum of Art and Sciences of Texas | FORMA Museum in San Salvador | the PICI Gallery and the Hangaram Museum in Seoul | International Contemporary Art Fair Art3F in Montecarlo, Monaco.

Panelist at the Latino Impact Summit at the Headquarters of the United Nations Organization -ONU- in New York.

Appointed in 2018 among the 100 Most Creative Mexicans in the World by  Forbes Mx Magazine. The collection of his career is gathered in 11 books.

He lives and works in Oaxaca City in the south of Mexico.